Article via racingqueensland.com.au – for the full article, click here.

Toowoomba trainer Tony Sears hopes to begin a new chapter in his career after applying to authorities to start a training partnership with daughter, Maddy.

If approved, it’s believed it will be Queensland’s first father-daughter training partnership.

Maddy Sears, 22, has been working alongside her father for five years since leaving school as a teenager and thought the time was right to start a training career.

She was licensed to train last week and has a small team of four horses in work at Toowoomba.

“I was in an office job selling advertising and got sick of it,” Maddy Sears said.

“I’ve competed in show jumping all my life so when I left the job I went to work with Dad as an interim measure.

“I loved it so much I decided to train by myself and my biggest supporter was Mum (Leigh Sears).”

A horror barrier prevented Maddi Sears from saddling her first metropolitan runner, The Real Boss, in the Benchmark 75 Handicap (1050m) at Doomben on Saturday.

The Real Boss was second emergency but had gained a start before being scratched after drawing barrier 18.

Tony Sears has only one Doomben runner, Mail Escort, who will be ridden by promising apprentice Corey Bayliss in the Gollan Racing Handicap (1200m) at Doomben.

The five-year-old gelding has three wins and five placings from 13 starts and is coming off a last start second in a Class Three at Toowoomba on July 27.

“He’s a very good chance from a good draw and with no weight,” Tony Sears said.

“He was short of a run and had a big weight at Toowoomba last run.”

Sears has been a successful trainer for 25 years with his biggest win from Choice Bro in Listed Weetwood Handicap at Toowoomba in 2016.

He also won two Listed races with Pardoe in The Phoenix and Oxlade Stakes at Doomben in 2017.

Sears was in red hot form last season becoming the first trainer to win the QTIS premierships for both two and three-year-olds.

The gelding was ridden at his last-start win by Michael Cahill, who missed the ride because he was on a family holiday.

However, Boss proved a more than worthy replacement and renewed a long association with Sears.

“Glen’s first city winner when he was an apprentice was for me when I was training for Col Richards. I can’t remember the horse or exactly when but it has to be 30 years or more,” Sears said.

“Raging Pole works with some good horses and more than holds his own, so I was confident today.

“We will look for another one of these races which carry the good QTIS bonus money.”

Boss confirmed he and Sears went back a long way.

“I’d say he (Sears) would be right, but don’t ask me the name of the horse. Raging Pole is a nice horse and he had no trouble on the wet track,” Boss said.

Boss will return to Singapore on Sunday to ride but intends basing himself in Queensland in the new season while riding at the Australian carnivals.

Raging Pole, who is by boom sire Better Than Ready, is raced by Bart Pilecki and is named after his father, Wallaby legend Stan Pilecki, who was nicknamed “The Pole”.

“Dad was always ringing the Australian and Queensland rugby unions and raging about what they were doing wrong. That is how the horse got his name,” Bart Pilecki said.

0 comments on “The Real Boss”

Impressive Ipswich winner The Real Boss is headed to bigger things after giving apprentice Emma Ljung a winning start to a short but action-packed day.

Ljung had only two rides at Ipswich on The Real Boss and Aileach and they won the first two races.

The Real Boss ($1.75) got Ljung off to a good start when he strolled home by nearly three lengths in the The-Year-Old Plate (800m).

It was The Real Boss’s first run since winning in Toowoomba by seven lengths at his first start.

Trainer Tony Sears has a big opinion of The Real Boss who is now headed to city racing.

“The Real Boss can go to the Gold Coast metro race in a fortnight over 900m,” Sears said.

“The owners are from West Australia and are tied up in the mining industry. I have had a lot of horses for them including the more-than-handy I Am Boss.”

“They name all their horses with the word Boss in it. I am glad they have another good horse.”

[Article via AAP for nine.com.au]

0 comments on “Seymour hits Derby bullseye with Colt Thirty One”

NOBODY has given more to harness racing than Kevin Seymour.

So it’s fitting in his 50th year in the sport as an administrator, sponsor and leviathan owner-breeder that he landed his most satisfying win with Colt Thirty One in Saturday night’s Group 1 Victoria Derby at Melton.

In Seymour’s own words:

“This is the best. It doesn’t get any better.”

It sounds a big call in the moment given he’s won so many big races, most notably an Inter Dominion and Hunter Cup with Mr Feelgood, but the emotions ran deeper with Colt Thirty One for Seymour and his wife, Kay.

“We bred this fella. We watched his first start, we followed him through the grades and Grant (Dixon, trainer-driver) kept telling us he was special,” Seymour said.

“As a two-year-old Grant thought he was good enough to take to Sydney for the (Australian) Gold, but things didn’t work out.

“It was always a long range plan to take him to Melbourne for the Derby.

“It’s the first Victoria Derby I’ve won and I can’t recall another Queenslander winning it.”

Just for good measure, most considered this the strongest Victoria Derby for a decade the winning time underlined that.

“Beating Lazarus’ time certainly adds to how the special the win is,” Seymour said. “Kay and I have been lucky enough to have some great moments in this sport, but this is the best of the lot.”

The fireworks started from the very start when Maraetai, Spankem and unbeaten hot favourite Lumineer burned through a 43.1sec lead time.

To give that perspective, Lazarus’ lead time in that track record Victoria Cup win was only 44.2sec.

It was clear Lumineer and those who burned with him early, were sitting shots.

The All Stars’ The Devils Own launched the three-wide train without cover, Poster Boy grabbed his back and Dixon found a way out of a nasty pocket to follow Poster Boy.

They steamrolled past the leaders rounding the home turn and, just when it seemed Poster Boy was home, Colt Thirty One stormed past him to win by 1.2m with another three metres away to a gallant The Devils Own.

Spankem held on well for fourth after trailing the leader, while Lumineer’s eight-race unbeaten streak ended with a sixth placing.

Colt Thirty One, like many of his rivals, now heads to Sydney for the NSW Derby heats and final on February 17 and 24.

Article via The Herald Sun

The talented two-year-old has been off the scene since scoring a sizzling debut win at Doomben in December.

Ardoyne Road was immediately sent to the paddock by connections when she was found to be suffering from heat stress following the win.

An opportunity to tackle last month’s Magic Millions Classic and a possible Golden Slipper tilt have passed Ardoyne Road by, but Sears is in no rush to return her to work.

“She’ll be running in the winter,” Sears said.

“She is spending three months in the paddock and there’s no rush with her.

“There is nothing around for now and she is doing well spelling out at Gainsborough Lodge.

“She’ll come back into work next month when we’ll sit down and work out a winter program for her.”

Sears meanwhile is likely to aim in-form five-year-old Well Sighted at next month’s $20,000 Dalby Newmarket (1200m) after the gelding racked up his fourth straight win this campaign at Bunya Park on Monday.

Well Sighted earned ballot-free entry into the March 10 Newmarket when he fought off a brave challenge from runner-up Squeemi to narrowly win the Cannonball Handicap (1000m) for jockey Skye Bogenhber.

“It was a good win and he’s definitely putting it together this time in now he knows how to win,” Sears said.

“I knew Squeemi would be tough to beat over the 1000 and I told Skye to make sure they stayed in close touch with her.

“He’ll probably go to a 0MW in town next but he gets into the Newmarket as well now, so we’ll probably have a go at it with him.”

Well Sighted rounded off a winning hat-trick for Bogenhuber on the seven-race Dalby card.

She was also scored on the Paul Butterworth-trained Keen Instinct and Quiero who kicked off a winning race-to-race double for Sears.

[ARTICLE BY GLEN MCCULLOUGH VIA THE CHRONICLE] 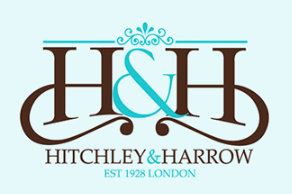